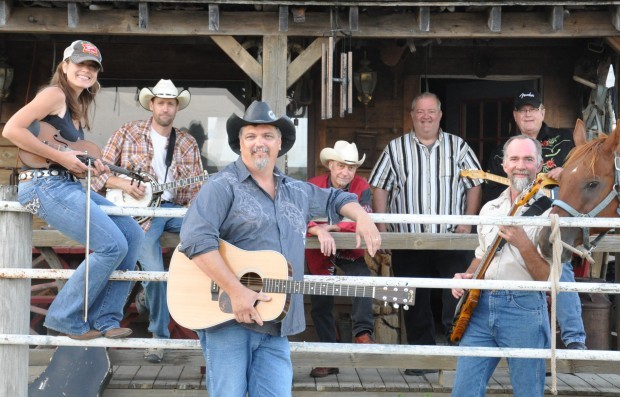 Bring your dance shoes and dance the night away with the Tim Castle Band! Country Legends Tribute is an awesome musical experience performed by Tim Castle and Dale Sellers, taking you back to when country music was still country music.

You will hear songs by artists such as Waylon Jennings, Johnny Cash, Conway Twitty, George Jones, Hank Williams, Johnny Paycheck, Merle Haggard, and the list goes on… Tim’s powerful voice will imitate these great artists to the fullest, as he sings hit after hit, taking you back in time to when life was much easier. Dale Sellers is a legend himself, being credited with playing lead guitar on 1000’s of original recordings which will be performed during this Country Legends Tribute, along with being a 13 year cast member on HEE HAW, the 1970’s sitcom we all loved to watch.

Dale will play lead guitar exactly as it was heard on the original albums. He also tends to engage in a few stories of recording sessions, and time spent on the road with various legends when he was not being consumed in the studio recording new albums. The show is performed using backing tracks to supply the mix of drums, bass, and piano to achieve a full sound. Lead guitar, rhythm guitar, fiddle and vocals are supplied by Tim and Dale. By using this method, it keeps the show affordable, and always on the move.