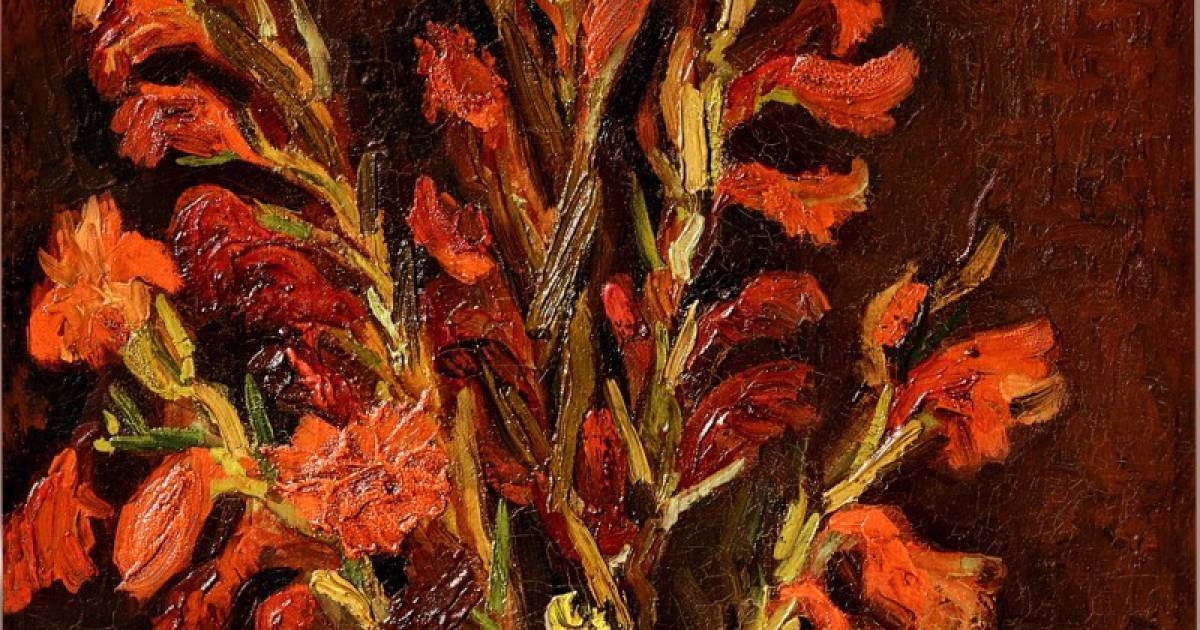 At an auction in Hong Kong, a painting by Vincent van Gogh has changed hands for almost 7.9 million euros, auction house Sotheby’s reports. It was the first time that a work by Van Gogh was auctioned in Asia. The price was a bit disappointing, though.

The still life of a vase with gladioli came from a private collection. The yield is at the lower end of what was expected. Sotheby’s took into account a maximum price of 11 million euros. The new owner has not been disclosed.

The Dutch artist (1853-1890) made the painting in 1886 shortly after his arrival in Paris. It was the first time in more than twenty years that a flower still life by him from this period was put up for auction. Works by Van Gogh often sell for high prices at auctions.

At the beginning of this year, a drawing by the Dutch artist at an auction of Christie’s in New York yielded 8.6 million euros. It concerned the drawing La Mousmé, of which Van Gogh also made a painting. The painting hangs in the National Gallery of Art in Washington.

Another Van Gogh canvas changed hands in November 2019 for $9.7 million. It was a painting of a Paris’ park that he painted in 1886. At the same auction, a work by Van Gogh came into the possession of the Dutch Van Gogh Museum and the Drents Museum for 2.8 million euros.

In 1987, a still life by Van Gogh with sunflowers fetched nearly $40 million. A record amount at the time. That record was broken in the same year by the sale of the 1889 painting Irises to businessman Alan Bond. He wanted to buy the work with borrowed money, 53.9 million dollars to be exact.

In the end, Bond was unable to pay the loan and the irises were sold to a Los Angeles museum three years later. Over the years, Van Gogh’s paintings would not become cheaper. The portrait of postman Joseph Roulin, also from 1889, brought in more than 103 million euros in 1989.