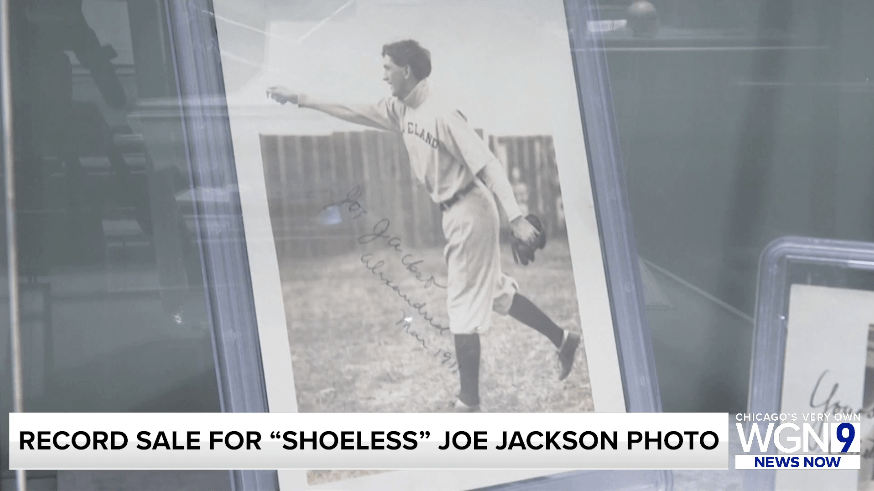 NEW YORK — An auction in New York made history as an autographed photo of baseball legend “Shoeless” Joe Jackson sold for $1.47 million.

That’s the most ever paid for a signed sports photograph. The photo dates back to 1911, eight years prior to the infamous Black Sox scandal, where Shoeless Joe and fellow members of the Chicago White Sox were accused of ‘throwing’ the 1919 world series.

It is the only known Jackson signed photo of himself in existence.

Jackson was notably illiterate and avoided signing documents if he could.  His wife signed for him mostly after his playing days ended.