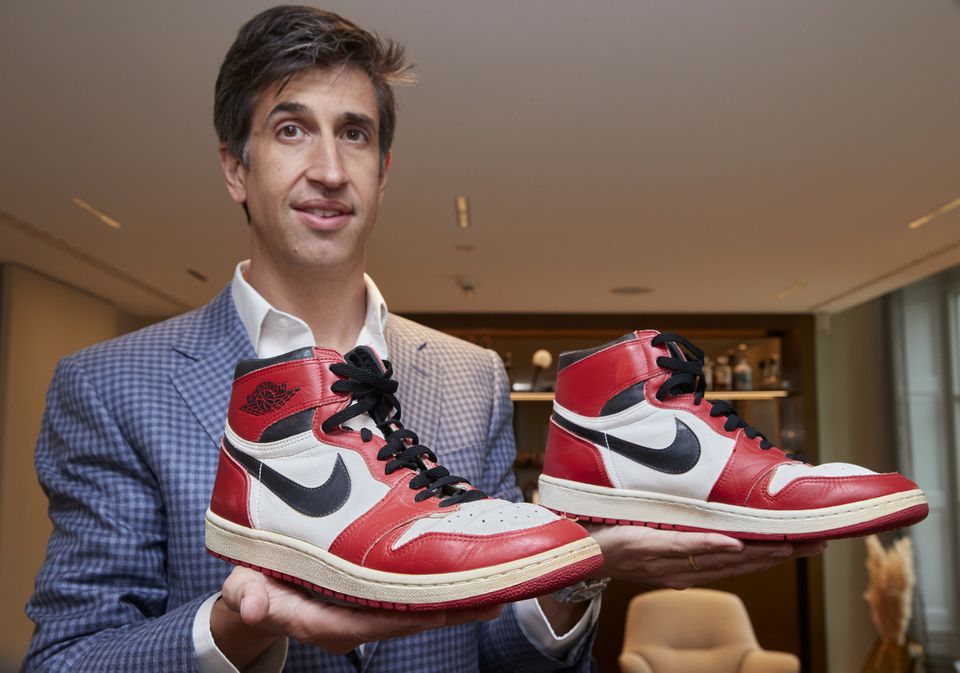 GENEVA, April 28 (Reuters) – A pair of red sneakers worn by NBA champion Michael Jordan in 1984-85, at the start of his Chicago Bulls career, is expected to fetch over $100,000 and possibly much higher at an online auction next month, Sotheby’s said on Wednesday.

“They are obviously a pair of iconic design and something that really collectors focus on as one of the (Holy) Grails and one of the ‘must-have’ pieces,” said Josh Pullan, managing director of Sotheby’s global luxury division.

“We hope we see them fly,” he told Reuters.

Billed “Gamers Only”, the sale will be the first Swiss auction devoted to sneakers. Jordan’s shoes are the star lot among 13 pairs from former NBA stars including Kareem Abdul-Jabbar, Patrick Ewing, Stephen Curry and Scottie Pippen.

Jordan’s shoes, of which one is a size 13 and the other 13.5, were designed by Nike’s creative director Peter Moore, Sotheby’s said.

Jordan played 13 seasons with the Bulls, winning six championships, and is currently the owner of the Charlotte Hornets.

“There is a new generation of collectors, generally 20 to 30 years old, who are participating in the sneakers market, but we also see that often times, they are also collectors of contemporary art or even Old Masters,” Pullan said.