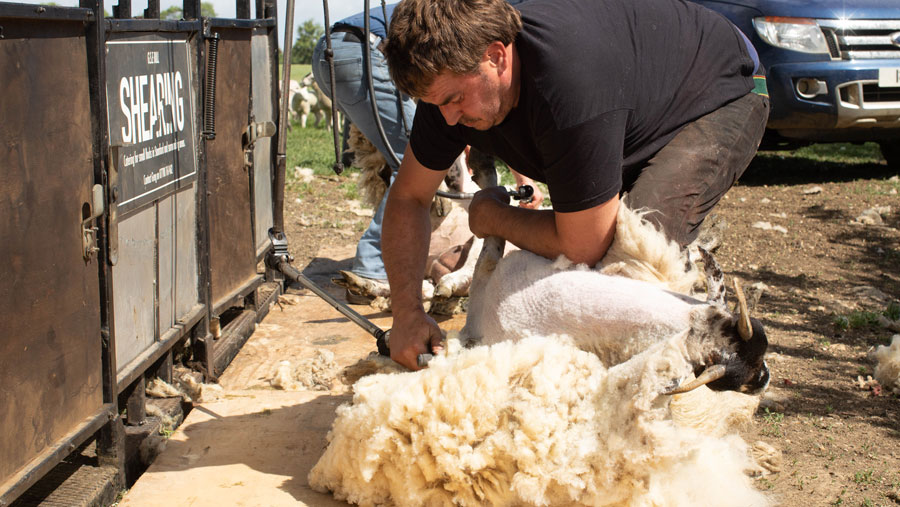 Wool prices have risen by more than a third since the start of the season, pointing to farmers seeing an improved return when they get their payment next year for the 2021 clip.

The fifth British Wool sale of the 2021 season took place last week and saw 1.2m kg of wool sold at an average of 73p/kg – 35% higher than at the first auction of the season in July.

Just two lots failed to sell during the sale, despite the ongoing challenges facing buyers in terms of haulage, transport and energy prices.

According to British Wool’s latest sales report, Blackface wool sold particularly well, and there was also good interest in the Medium and Mule wool.

Andrew Hogley, chief executive of British Wool, said he would encourage any farmers who still had wool on the farm to deliver it to a collection point, so they could benefit from the recovery in the market.

“We remain optimistic that the current strong demand will be sustained, that the recovery in the wool market will continue through the year, and that this will result in further price improvement,” he said.

Mr Hogley claimed supporting British Wool was the only way for farmers to receive the true market value for their product.

“With a reduced cost base, recovering market and exciting new initiatives such as the recent Wool Britannia carpet yarn launch by the Headlam Group and a Harrison Spinks traceable mattress range, we are driving new demand for British Wool and increasing its value,” he said.

“This puts British Wool in a much stronger position to deliver better returns for our producers.”

British Wool sells wool on behalf of its members in a series of auctions over a 12-month period.

However, payments to farmers are not made until the end of the year, after British Wool has sold all of the product.

Payments reflect both the weight and quality of wool delivered and are based on the average price achieved for each wool type throughout the season.

The price paid to farmers has tumbled in recent years, with producers receiving an average of just 15p/kg for the 2020 clip after Covid-19 restrictions severely hit global demand for wool.