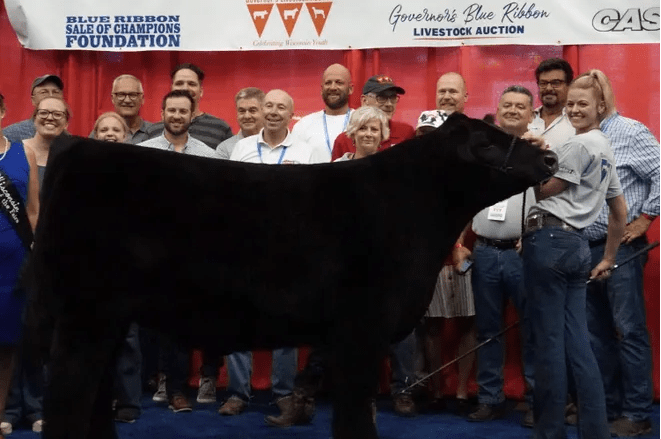 Of that total, $30,500 is returned to exhibitors in scholarship awards in addition to $15,000 which funds the Wisconsin State Fair Junior Exhibitor Showmanship, Knowledge Master Showman, and Reserve Champion Awards.

Gov. Tony Evers and his wife Kathy, DATCP Sec. Randy Romanski, 74th Alice in Dairyland Julia Nunes and Fairest of the Fairs Cayley Vande Berg all helped drive up the bids on stage throughout the night. Auctioneer Bill Stade, who has served as the Blue Ribbon auctioneer in years past, was the recipient of a recognition award, as was Mary Beth Carr, the event coordinator and driving force behind the auction that has been running for over 45 years.