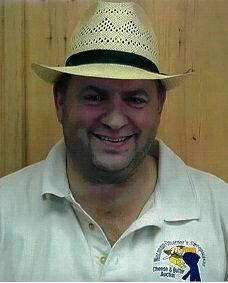 Daniel R. Ritger “Colonel Dan” died unexpectedly on Sunday, October 30, 2022, at the age of 62. He was born in West Bend, the son of the late LeRoy and Imelda (nee Weninger) Ritger. Dan graduated from Slinger High School and attended Reisch School of Auctioneering in Iowa. At a young age he followed his father’s interest in the cattle business by becoming an auctioneer. He had his first auction at the age of 16 years old and has been an auctioneer for 41 years doing public auctions and selling livestock for Ritger Auction Services, Midwest Livestock Producers, Equity Livestock, and the Milwaukee Stockyard. For the past 25 years Dan has been with Auction Specialists of Stoughton. In 2019 Dan partnered with Rod Drendel to form Ritger Drendel Auction Specialists. Dan also was a member of Wisconsin Auctioneer’s Association.

Dan took pride in being involved in his community, volunteering with the Allenton Lions Club for many years, serving as a past president and also on various committees and events. He was a previous member of the Allenton Fire Department and served on the Addison Town Board for several years including being chairman for a time. He used his auction skills and quick talking for various fundraising events, volunteered at many livestock auctions at local county fairs and announced the Allenton parade for many years. He was also involved with the Washington County Farm Bureau serving hamburgers and ice cream sundaes.

His Catholic faith was very important to him. He was very active at Resurrection Parish (formerly Sacred Heart) where he attended school at an early age and continued his involvement as he grew older. After moving to Kewaskum in recent years, St. Michaels Catholic Church became his new parish home.

Dan is survived by his son, who was his pride and joy, Clyde Ritger; his former wife, who still held a special place in his heart, Rhoda Ritger; his siblings Timothy (Bonnie Johnson), and Cecilia (Russ) Nehm; nieces and nephews Krista (Keith) Ritger, Teresa (Tim) Weiser, Doug (Lavinia) Nehm, and Eric Nehm. He is further survived by aunts, uncles, other relatives, and many friends. Dan was preceded in death by his parents and his older brother Gerhard Ritger.

The Phillip Funeral Home of West Bend is assisting the family. For more information, call 262-338-2050 or visit www.phillipfuneralhome.com.