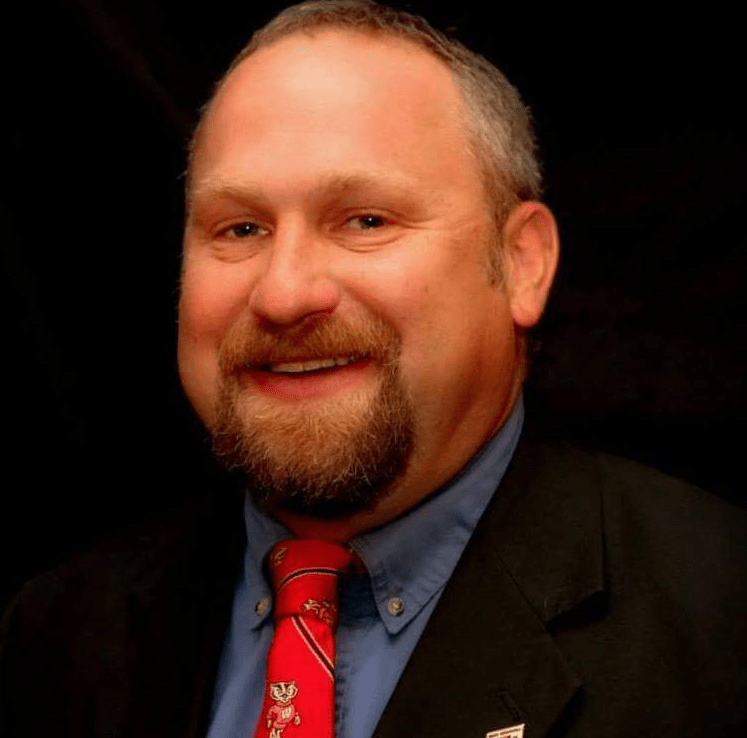 He vividly remembers trying to reach out to people to say he wasn’t feeling right.

“That was the, you know, ah suck it up, especially from a male standpoint,” Ditzenberger said. “I mean males, generally speaking, the men in society, we’re not supposed to talk about our feelings.“

He’s been fighting against that stigma ever since.

In 2015, Ditzenberger, who also has post-traumatic stress disorder, bipolar disorder and relationship anxiety, among other mental health conditions, started TUGS – Talking, Understanding, Growing, Supporting – a support group for those struggling with their mental health. While he has primarily worked with farmers, the group is open to anyone in need, he said.

Farmers are facing a difficult time, he said, commodity prices are low for most agriculture industries and the uncertainty surrounding trade is causing anxiety. Many farmers Ditzenberger has spoken to have had to resort to using their savings to make ends meet, he said.

“You don’t like to think that money makes people happy, and it doesn’t necessarily, but you know you can’t really call your bill collectors and say, ‘Hey, I don’t have it this month,'” Ditzenberger said. “You got to figure out a way to make it work.”

That puts a huge strain on farmers’ mental health, something that’s not often talked about, he said.

“I tell people in this business and in life in general, you know, the only thing you can truly control is your attitude,” Ditzenberger said. “Farmers are very proud people, but pride doesn’t pay the bills.”

TUGS is modeled after Alcoholics Anonymous or Narcotics Anonymous meetings, he said. Members don’t have to give their name or participate if they don’t want to, it’s about finding a network to connect to during difficult times.

“Maybe somebody is up at the podium that talks about what happened to them and you can relate to them, and you go up and talk to them afterwards and you exchange phone numbers or emails or something and then on those bad days that’s the person you reach out to,” Ditzenberger said.

The name of the group is inspired by Ditzenberger’s time in the Navy, and the tugboats the large ships relied on.

“If you have to go through like a treacherous narrow waterway or whatever, you call a tugboat,” he said. “You can’t see them usually, but you know they’re there … I think that’s what all of us need is a tug, someone that we can reach out to when times are tough.“

Ditzenberger is also working to bring down the misconceptions surrounding mental health and suicide. For one, many people think suicide is a rash decision, yet he planned his attempt over more than three weeks, he said.

Another challenge is the lingering stigma surrounding mental health, he said.

“I keep thinking that the more I tell my story hopefully to reach other people, even if they don’t tell their story … it just makes them feel a little bit better,” Ditzenberger said. “Right now getting people just to know that it’s OK to not be OK, that’s my bigger message.”

For people around those who are struggling, never try to devalue what they’re going through, Ditzenberger said, and be prepared to hear things you may not want to hear.

“And if you can’t handle that, tell them, ‘Hey, I’m not able to help you with this, I don’t understand entirely what you’re going through, but I understand you’re having a tough time. Let’s see if we can get you some help,'” he said.

If you or someone you know is struggling, there are resources to help, including, but not limited to, the Wisconsin Suicide Hotline and Prevent Suicide Wisconsin.