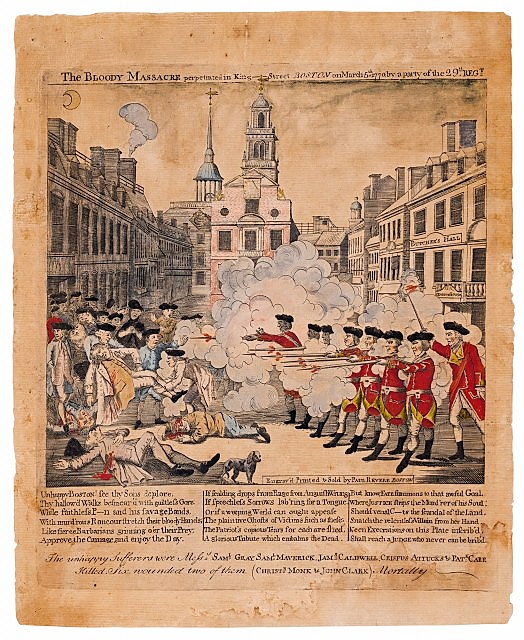 Doyle conducted a highly successful auction of American paintings and prints on November 2. Highlighting the sale was Paul Revere’s iconic 1770 engraving, “The Bloody Massacre,” which achieved $429,000. including premium — a world auction record for the print. Property from the collection of New York advertising executive Monroe F. Dreher, the hand-colored engraving is Revere’s most well-known and sought-after print. This powerful rendering of the Boston Massacre of March 5, 1770, during which the British killed five Bostonians, is arguably the most famous propaganda image printed during the American Revolution…. Read the Full Article | https://www.antiquesandthearts.com/paul-revere-the-bloody-massacre-sets-world-auction-record-429000-at-doyle/